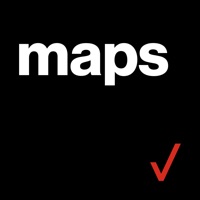 Try the all new VZ Navigator FREE* for 30 Days and then pay only $4.99/month thereafter, or use it when you need it for just $0.99 for 24 hours of use. VZ Navigator is a premium navigation application that provides the most complete, accurate, and easy-to-use navigation assistance available. Enhanced 3D maps, intuitive local search and natural turn-by-turn voice guidance get you to your destination quickly and efficiently. Advanced features such as Doppler weather radar, gas prices, and movie showtimes give you valuable information to help save time and money. Simple and Adaptive Maps With a focus on optimizing the user experience, the map has been totally redesigned. Every feature, from the advanced gestures and unified color scheme to the high-fidelity landmarks and transparent 3D buildings has been expressly composed to balance simplicity and capability. Customizable map layers include real-time traffic, satellite view, Doppler weather radar, and favorites. Personalized Local Searches Search has been enhanced and is now better than ever. With TripAdvisor ratings and reviews integrated into points of interest, choosing local places to visit is a snap. With our improved Gas Station search, effortlessly view and compare all nearby stations and prices on the map. Our Movie search has also been overhauled to be easier to use, whether you’re just browsing or looking for specific movie or theater. Additionally, you can add any store brand or place category to your Explore panel, allowing one-tap to find your favorite places no matter where you go. Streamlined Navigation Helping you confidently and safely maneuver around streets and highways on your journey is our primary goal. Visual & Voice Lane Guidance and Realistic Highway Signs ensure you’re always in the right place at the right time while preparing for maneuvers. Natural Voice Guidance provides references to real-world landmarks like stop signs and traffic lights to help you make turns with confidence. Our navigation experience has been refreshed with real-time traffic integrated into your route, along with one-touch access to your upcoming maneuvers and route overview. Plus, take advantage of our customizable Speed Limits & Alerts to stay safe – and possibly even avoid a ticket. *Offer valid for new VZ Navigator subscribers. Limited time offer. Customer will automatically continue with the $4.99 monthly subscription after the 30 day trial period ends. Unsubscribe anytime using the “My Account” menu option in the app or by calling 1.800.922.0204 within 30 days of downloading the app to avoid being charged. 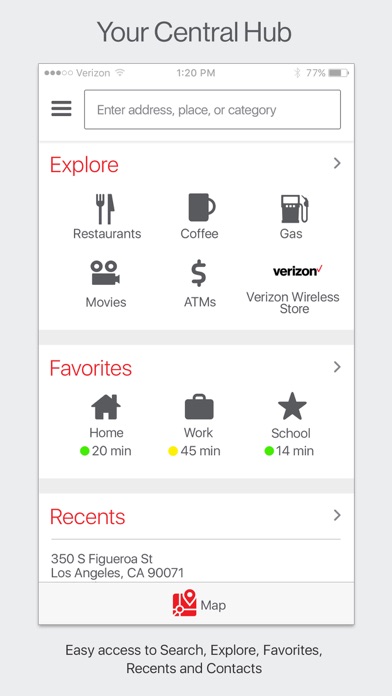 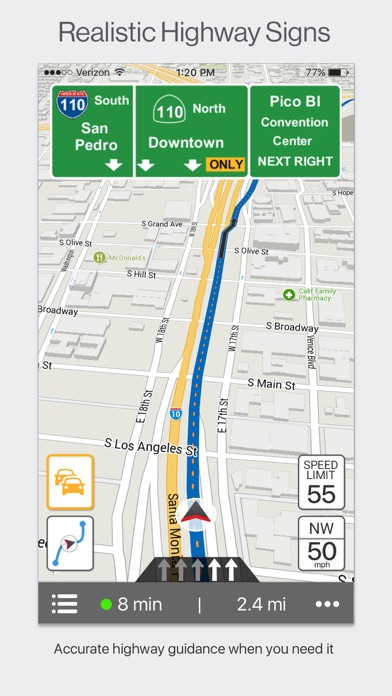 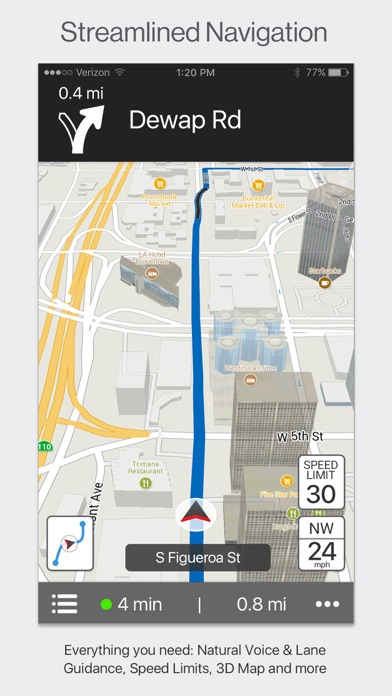 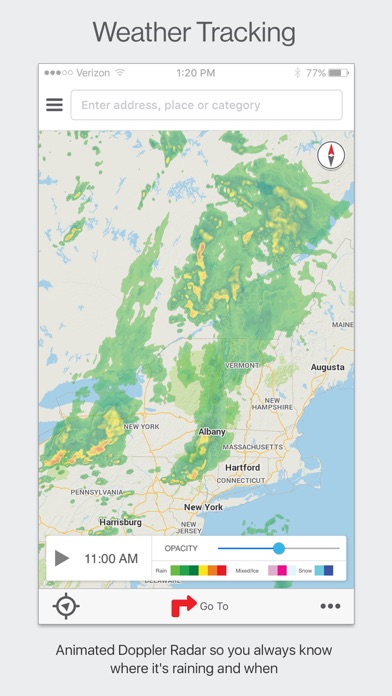