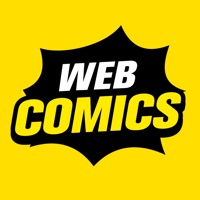 FANTASTIC & HOTTEST MANGA COMIC WORLD IN YOUR POCKET! WebComics provides a group of the hottest & latest manga and anime series for comic fans around the world. Whether you are a fan of manga/comics/manhwa/comic book/anime, the webcomic community is here to provide you with the best stories. WebComics is the professional original online comic site, to provide you with the latest blood, fighting, science fiction, teenagers, girls and other styles of American, Japanese, Korean, Chinese comic book reading, online comics full collection read the official website www.webcomiscapp.com. -High-quality comics & anime & manga, daily updates to keep up with the comics -Personalized recommendations, a large number of comics pick you want to see -Community creation, and the good record of good friends -Creator community, intimate interaction, a key concern, dynamic prophet -Read comics and chat with 8000k comic enthusiasts! FEATURES OF WEBCOMICS 1. Top-notch comics of distinctive genres updated daily from creators across the world. 2. Special offer for new users - all free comic books for you. Collect Free Card to read all comics! 3. A community for fans to share what you love and interact with your favorite creators. 4. Unlock special offers for Premiere to read exclusive books. Come explore more Premiere privileges! HIGHLIGHTS OF WEBCOMICS • With high definition and full color! With excellent panels, ups and downs of the plots! • Share your opinions anytime and discuss the stories with millions of readers! • The fastest update speed! More than 1,000 new chapters are released daily! • Free comics released every day! Reading free comics with WebComics is happy and easy! • New Comics section. New comics coming out every day! • Download comics for offline reading: Your mobile data savior. RECOMMENDATIONS FOR YOU! ＃Fantasy＃ —— Bride of the Dawn A secret contract between a human girl, vampires, and werewolves. Hatred, conspiracy, death, love, the fate of the two races… What choice will she make？ ＃Romance＃——The Naive Mr. Lu She disguised herself as a man for her twin brother, but ended up falling in love with whom she investigated. Family, power, status and revenge... ＃Boy’s Love＃——Equipoise As a boy who keeps a certain distance from everyone, he actually meets the one that he wants to make every effort to help. ＃Action＃—— School Beauty's Private Bodyguard Based on a novel with over 100 million clicks. After being enrolled into a school, let's see how he fights bad guys with Chinese Kung Fu and protects beauties! FOLLOW US Facebook  @WebComicsOfficial Instagram @webcomics_official Youtube @webcomics_official Twitter  @Webcomics_app Official Website: http://www.webcomicsapp.com SUBMISSION If you are a comic creator or you want to publish a comic or webtoon, send us your work！ Email: [email protected] If you need technical support or have anything to say to us, drop us a message！ Customer Services: [email protected] Subscription pricing & Terms 1) $5.99/month for Premium 2) $17.99/quarter for Premium 3) $69.99/year for Premium 4) $69.99/month for PLUS 5) $599.99/year for PLUS - Payment will be charged to iTunes Account at confirmation of purchase. - Subscription automatically renews unless auto-renew is turned off at least 24 hours before the end of the current period. - Account will be charged for renewal within 24 hours prior to the end of the current period, and identify the cost of the renewal. - Subscriptions may be managed by the user and auto-renewal may be turned off by going to the user's Account Settings after purchase. - No cancellation of the current subscription is allowed during an active subscription period. Terms of Service: http://h5.webcomicsapp.com/public/app/disclaimer/server.html Privacy Policy: http://h5.webcomicsapp.com/public/app/disclaimer/privacy_ios.html 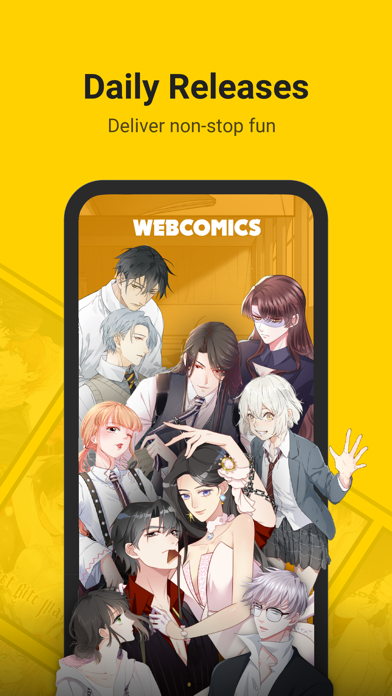 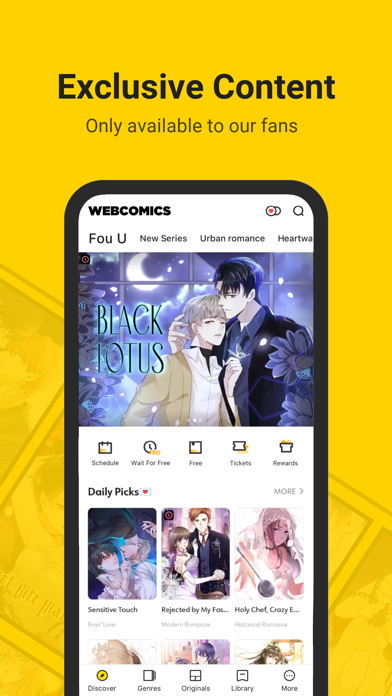 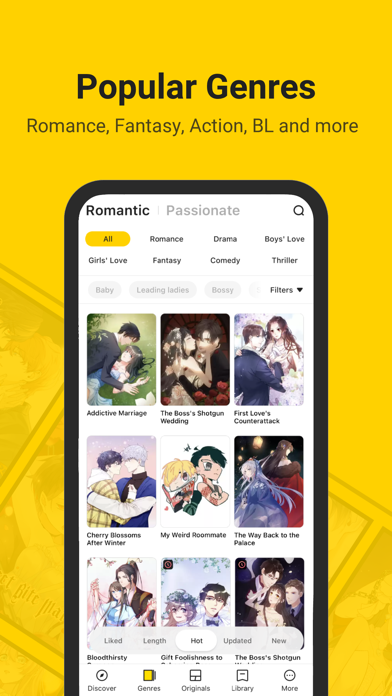 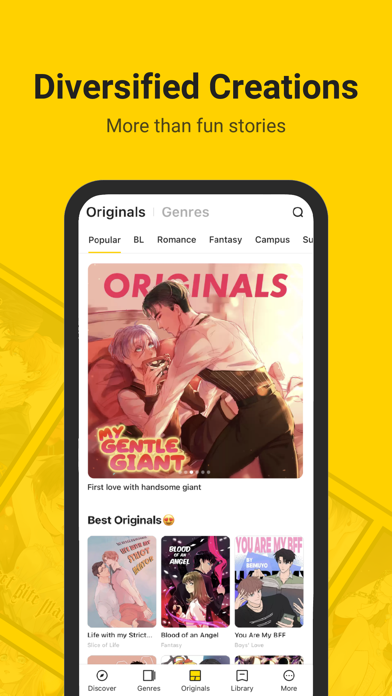 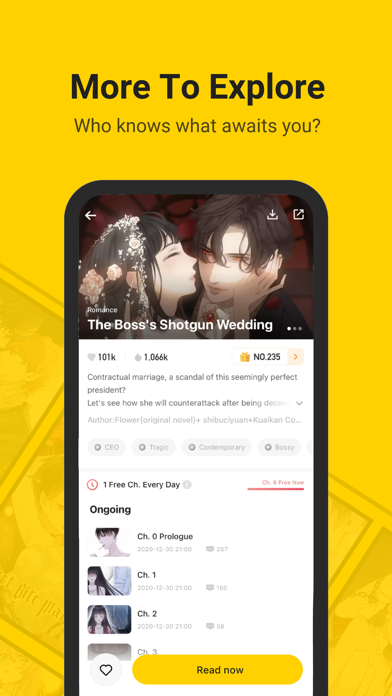