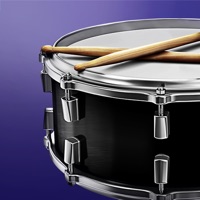 Master the Drums! Play the beat right from your mobile! Learn world-famous hits, form a band, and become a PRO Drummer! WeDrum is free real drum set simulator games that hold all types of electric drums required by a true drummer! This music games lets you play on the electric drum kit with drums sticks right along with a pianist, guitarist and even a singer! No prior drum lessons necessary! The drum app suits anyone who loves music and wants to experience what it’s like to be a drummer in a music band! WeDrum goes even more realistic - we’ve added Augmented Reality (AR) feature! From now on you can locate a drumset wherever you like. Practice and play without buying expensive instruments! Try it out now to dive into the drums’ reality! For FREE! ◆◆◆ Key features ◆◆◆ SELECT: Choose your favorite music tune to play on a drum set from a rich collection of songs across a wide variety of music genres. New free songs are added to the Songbook regularly. GATHER: Pick a pianist, a guitarist and a vocalist to enjoy a band-like experience or take delight in playing on your own. PLAY: Drum along to a song following bright dynamic hints and tips. The better you play, the better results you get. ACHIEVE: Keep up with the tempo and earn the best score you can. Enjoy the crowd cheering like a real musician playing on the stage. Replay the song to improve the score. SHARE: Share your drumming experience with the world via social media. ◆◆◆ More highlights ◆◆◆ Switch to SOLO mode to enjoy jamming and freestyling on a drum kit simulator app with professional Hi-Fi sounds and an incredibly realistic drum machine set graphics. Many popular drum kits: Rock, Hip-Hop, Jazz, Dance, Electric, Ethnic, etc. Metronome: turn the metronome on to keep up with the tempo. Perfect for practicing your drums rudiments. Hi-Fi drum beats sounds: special sound settings for each music instrument. Animated visual effects Are you going to be the next famous drummer who rattles his drum sticks like a ninja? Or you’d rather stay calm and wave them as wizards spell with their wands? It’s totally up to you! Gismart offers you an ultimate drum kit app with high quality sounds that is designed to be handy for people who prefer drums to other musical instruments, should they be the guitar or the piano, or whatever they are. Oh, yeah..! Keep it in mind that rhythm music games like WeDrum is a perfect fit for a beginner beat maker who spends 24 hours a day tapping drum pads as well. Plunge into the world of real drums with WeDrum! Learn, practice, play along with to your favorite songs in the most realistic drum games! PREMIUM subscription Subscribe to Premium to enjoy exclusive content without ads! Unlimited access to our Premium features include: - All premium songs - Custom drum sets unlocked - New songs weekly - No ads The app contains the following subscription options: - Weekly with a 3-day free trial at $7.99; monthly at $12.99; annual with a 3-day free trial at $79.99*. - Payment will be charged to iTunes Account at confirmation of purchase. - Subscription automatically renews unless auto-renew is turned off at least 24-hours prior to the end of the current period. - The account is charged for renewal within 24-hours before the end of the current period. - Subscriptions may be managed by the user and auto-renewal may be turned off by going to the user’s Account Settings after purchase. - The cost of renewal is equal to the value that “Apple’s App Store Matrix” determines as the equivalent of the subscription price in $USD. - Any unused portion of a free trial period, if offered, will be forfeited when the user purchases a subscription to that publication. Privacy Policy: https://gismart.com/privacy-policy/ Terms of Service: https://gismart.com/terms-of-service/ 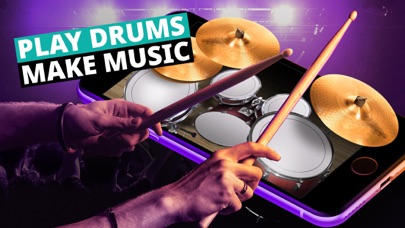 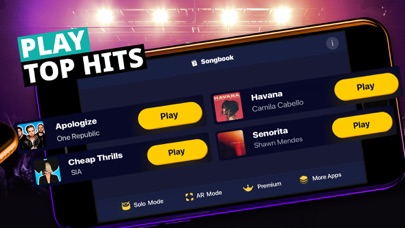 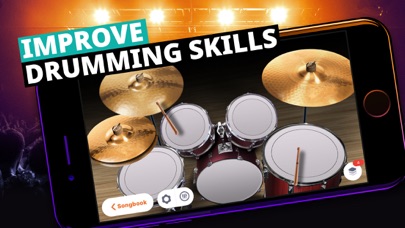