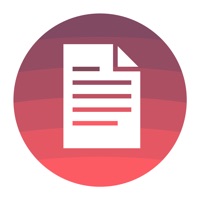 “Staggeringly useful.” - Dan Etheridge, producer of Veronica Mars and Carrie Diaries Weekend Read makes reading screenplays on the iPhone delightful, giving users an optimized view that takes best advantage of your retina screen. You'll never squint-and-pinch to read a script again. Whether you're starting with a PDF or a native file like Final Draft or Fountain, Weekend Read makes it look great, with a choice of fonts, sizes and Dark Mode for night reading. Created by screenwriter John August and the team behind the award-winning Highland, Weekend Read has Hollywood talking. "With Weekend Read, John August and his crafty elves have taken something that was the worst thing, namely reading scripts on a mobile device, and turned it into the best thing. I find it more pleasant to read a script in Weekend Read on my 4-inch iPhone screen than to read a PDF in proper screenplay format on my iPad. I even prefer it to reading full-sized paper scripts." - Rian Johnson, writer-director (Brick, Looper, The Brothers Bloom) "Weekend Read started as an app I didn't know I needed, and quickly became an app I can't live without. Weekend Read keeps you on top of your reading pile, not buried under it. It's seriously amazing." - Rawson Thurber, writer-director (Dodgeball, We're The Millers) "This is the perfect solution I've been fantasizing about - it makes reading scripts (or anything) on the iPhone not just tolerable, not just painless, but actually a pleasure!" - David Wain, writer/director/EP (Childrens Hospital, Role Models) Weekend Read also supports text and Markdown files, making it a perfect offline reference for notes. Features: • Optimized for reading on the iPhone • Four fonts and five sizes to choose from • Easily import files from Mail, Dropbox, and the web • Page Jumper lets you zip through long documents • For Your Consideration: Featured Writers and Shows • Dark Mode for night reading 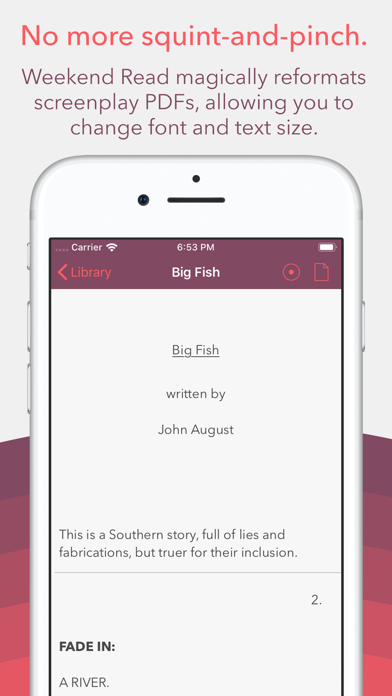 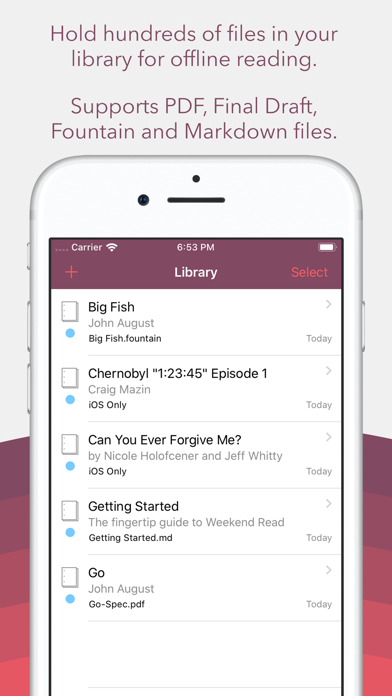 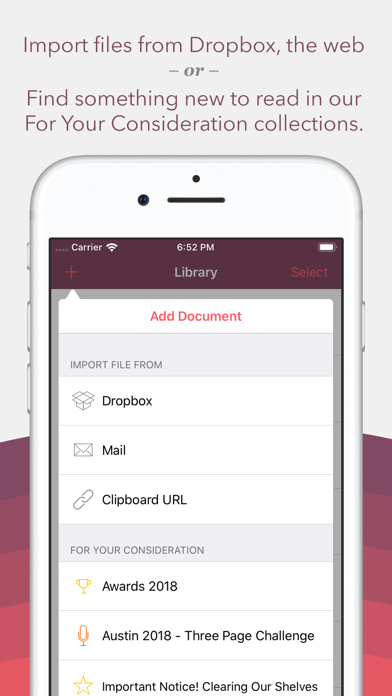 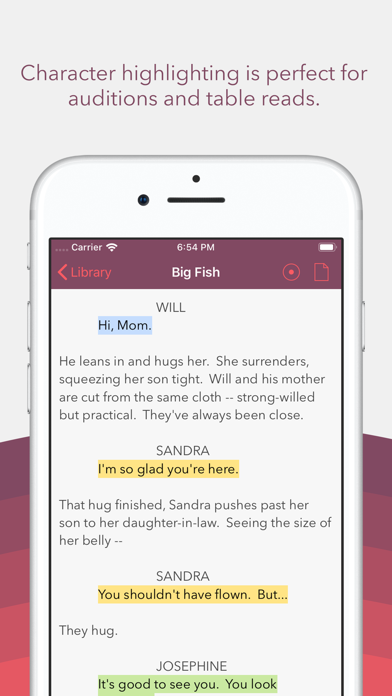 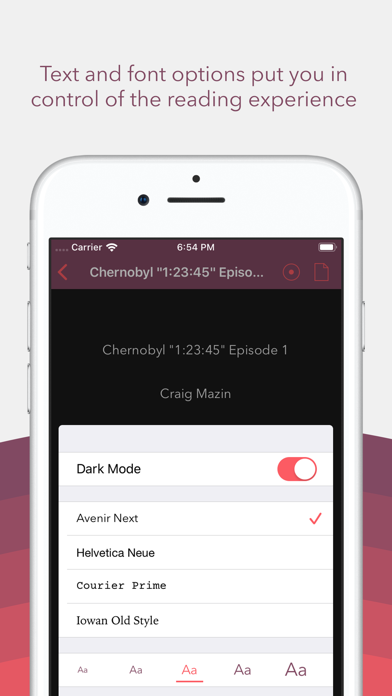