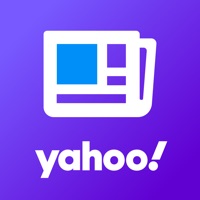 Focus on what’s important with the newest version of the Yahoo News app. Now you can customize your news with your favorite topics and publishers, while our expert editors curate top stories from trusted sources. It’s time to reframe your newsfeed around what matters to you. • Trusted sources - News from The New York Times, USA Today, TIME, Politico, the AP, Fox News and more. • Customize topics and sources - Personalize your newsfeed like never before. • Search across all news sources - Easily find what you’re looking for. • The 360 - See all sides of important topics with a variety of viewpoints. • Exclusive and live video - Watch trending news, press conferences, the day's soundbites and more. • Expert editors - Get curated top stories of the day and premium content like our Skullduggery podcast, highlighting scandals and investigations in the Trump era. • Breaking news alerts - Never miss an important story. • Local News - Follow headlines from your hometown 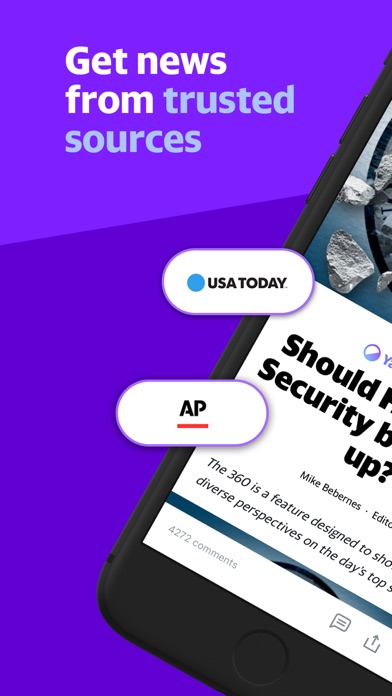 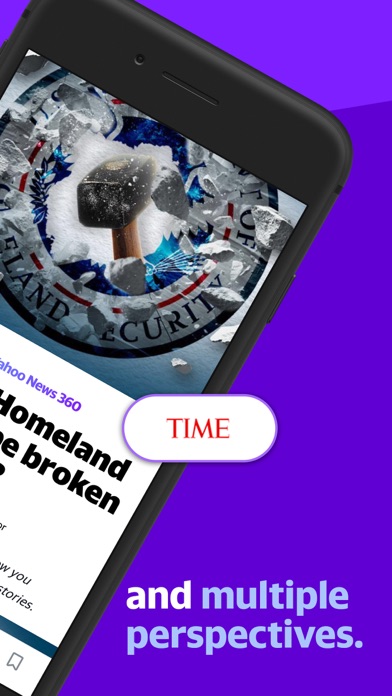 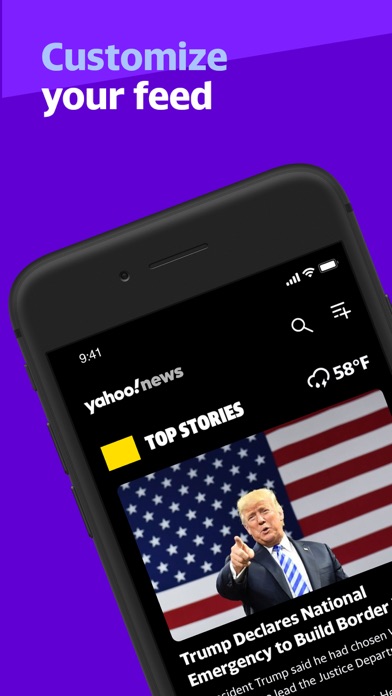 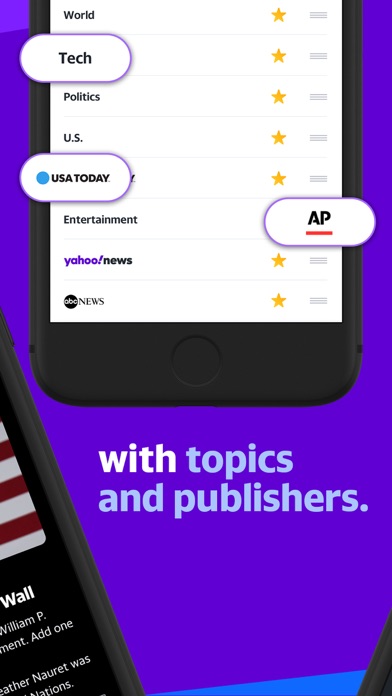 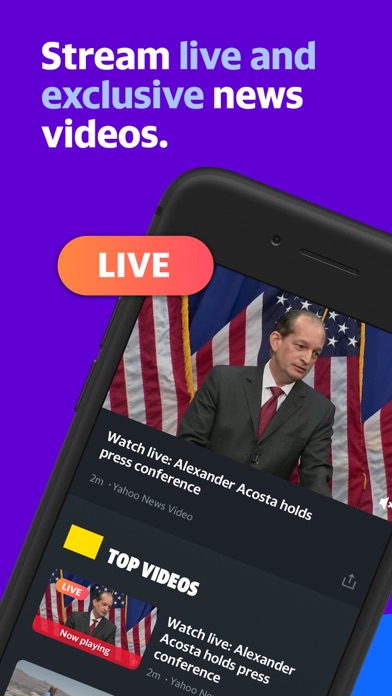 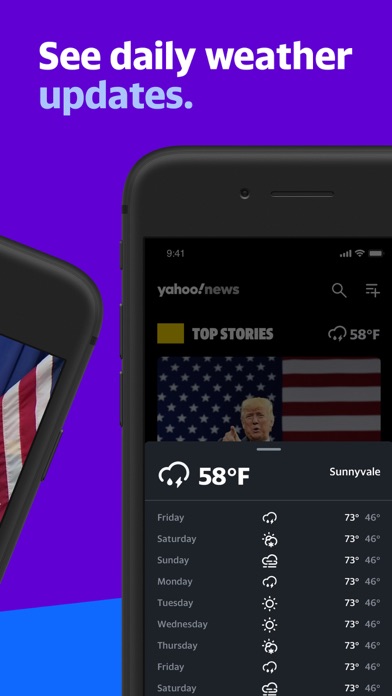