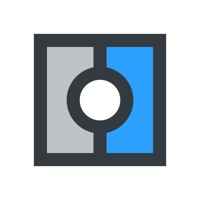 Yoti is your ID on your phone. Your Digital ID gives you a safe and convenient way to prove who you are to businesses. What you can do with Yoti - Prove your age online and at over 12,000 convenience stores in England and Wales. - Prove your identity to businesses. - Get an extra layer of security when you log in to online accounts. - Manage all your logins with our free password manager. Your details are safe Add details to your Yoti by scanning a government-approved ID document. We accept passports, driving licences and national ID cards from 185+ countries. We encrypt your ID details and any other personal details into unreadable data that only you can unlock. The private encryption key to your data is stored safely on your phone – only you can activate this key and access your details using your 5 digit PIN. Protecting your privacy We cannot share your details without your permission or mine or sell your data to third parties. We encourage businesses to only ask for the details they need, so when you choose to share your details with a business using Yoti, you can feel safe sharing less data. Create your Digital ID in minutes 1. Add a phone number and create a 5 digit PIN to protect your account. 2. Take a scan of your face so we can be sure you’re a real person. 3. Scan your ID document to add your details. Join over 7 million people who have already downloaded the Yoti app. 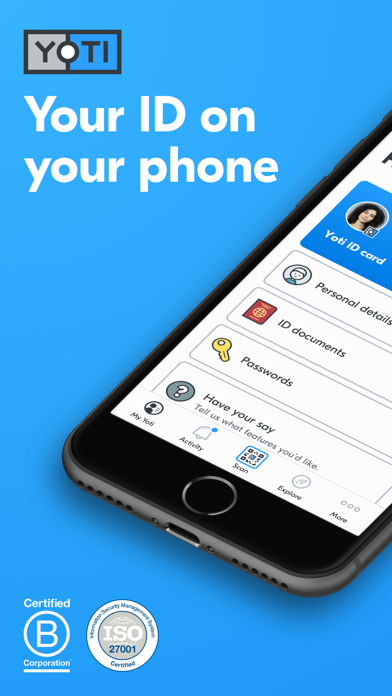 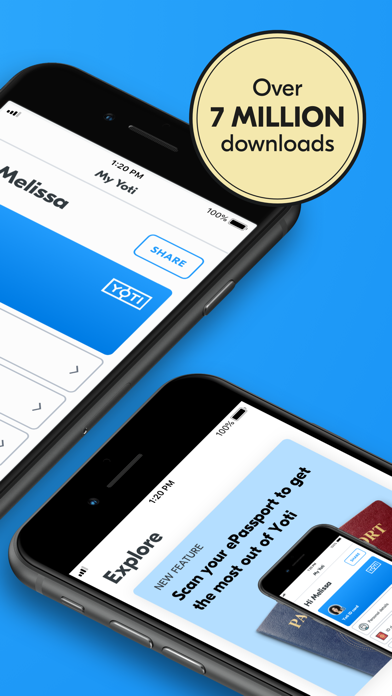 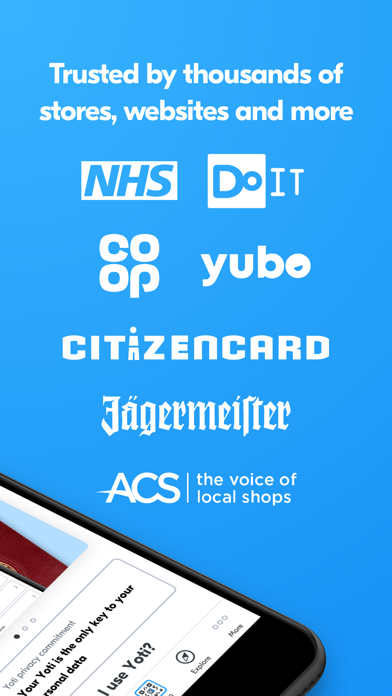 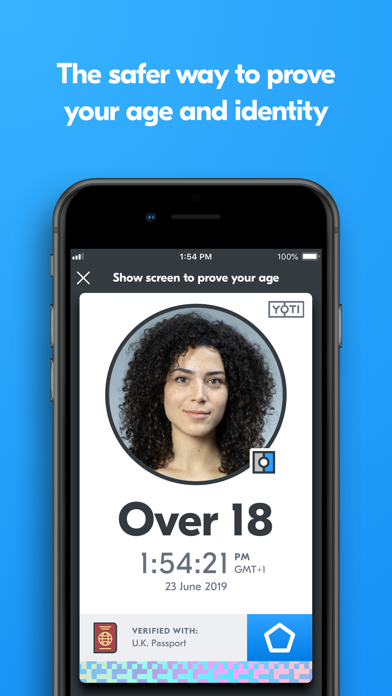 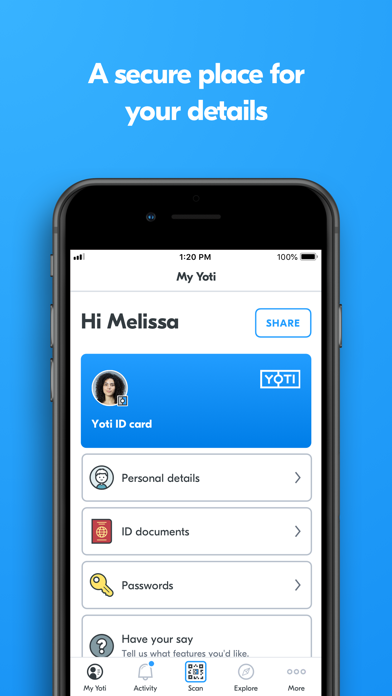 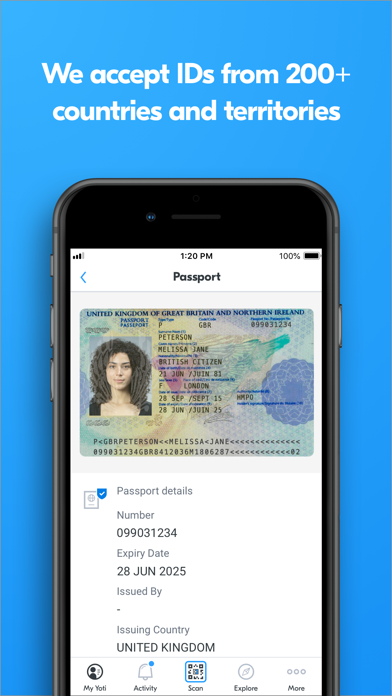