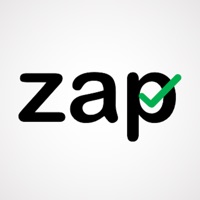 By Apps that Pay, LLC

Companies all over the world need advice… your advice! They need your opinion and we will pay you to share your opinions through fun surveys! **Take Surveys for Cash** We offer guaranteed surveys every day that tell you the exact dollar amount you are going to earn before even starting a survey. We have tons of survey options: (1) High paying surveys where you will not only be rewarded, but we will also donate to child starvation every completed survey! (2) Logo polling - get paid to tell companies what design they should use for their next logo! (3) Surveys that appear based on your location! (4) And much more! Try out Zap Surveys now! **Earn Cash Back when You Shop** Zap Surveys is partnered with over 50 major retailers and brands to deliver an amazing shopping experience, all with cash back! For every item you shop, you will earn up to 40% cash back added right to your Zap Surveys balance. Once you reach $25.00 in your account balance, you will be able to cash out via PayPal, Amazon eGift Card, Visa eGift Card, and many more eGift Card options! And yes, you can cash out more than once! So go share your opinion directly with people that are going to use your expertise. Oh, and make some money while you’re at it! Download Zap Surveys now! A couple of notes: (1) Brands shown in screenshots are registered trademarks of their respective companies.  (2) For location based surveys, you must allow a continued use of GPS running in the background and this can dramatically decrease battery life. The location feature is not required to use Zap Surveys, but is an optional feature to allow you the opportunity to complete more surveys. 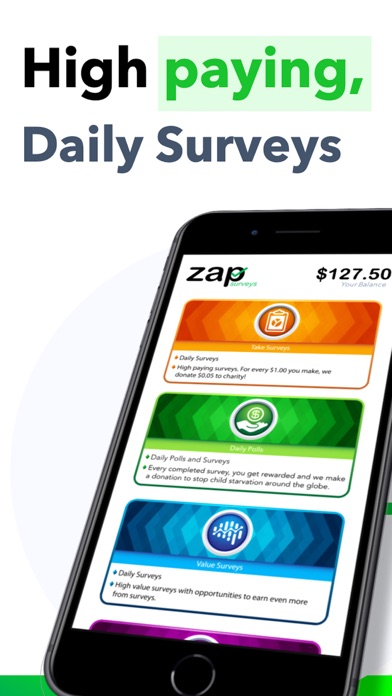 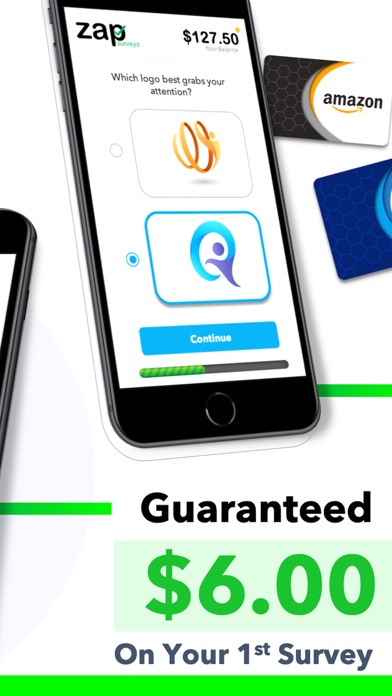 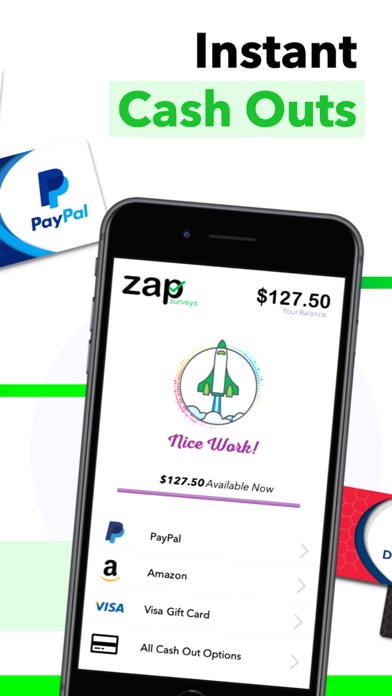 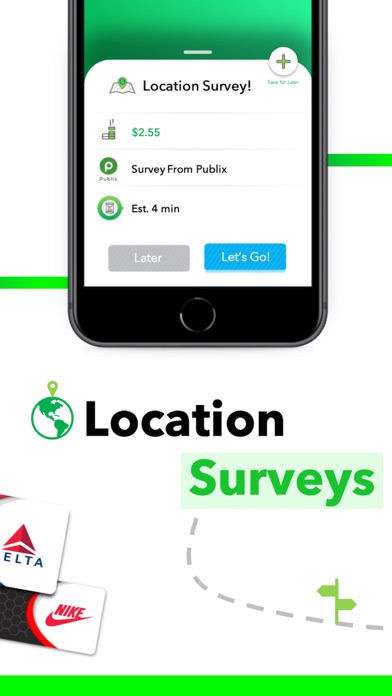 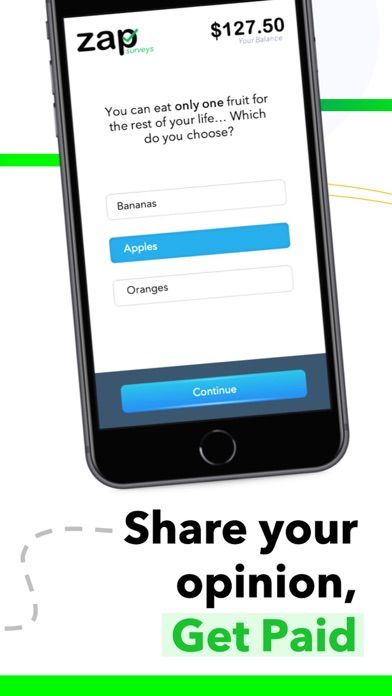 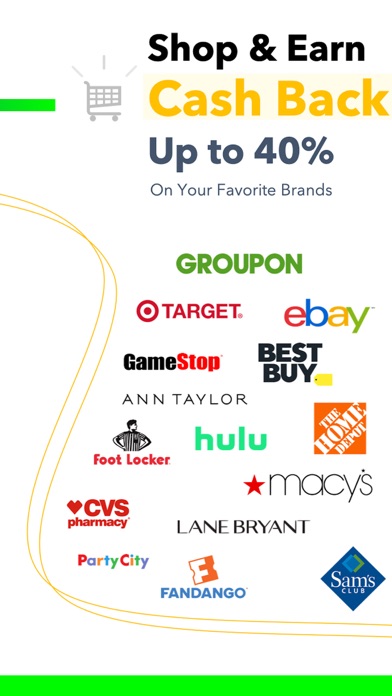 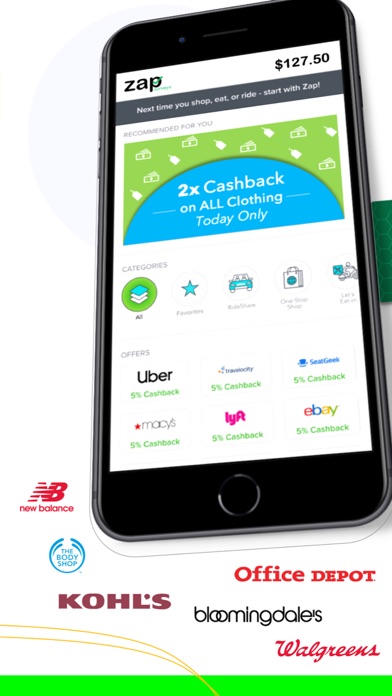 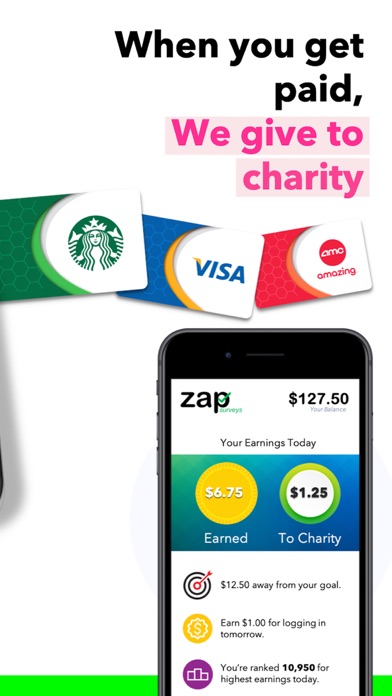