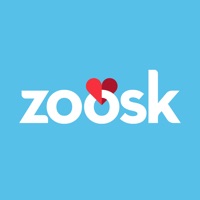 DOWNLOAD ZOOSK AND GET READY TO MEET NEW PEOPLE! With 40 million members, we are one of the most trustworthy and best international dating apps. Whether you’re a lesbian, gay or straight, we can match you with singles and help you find love. Zoosk is an international dating app with one goal: to help people connect. Swipe, match, chat and get ready to find your next partner in crime. Whether you're just looking for a casual partner or your other half, we help people live their best lives by providing a fun, safe, and easy way to meet new people and singles near you. WE PRIORITIZE SAFE DATING - Our Photo Verification tool is in place to give you confidence that the person you’re talking to looks like their profile picture. To ensure our members are who they say they are, we also provide phone number and social media account verification. - Use SmartPick™ to discover matches based on compatibility or try our advanced filters to find the one you’re looking for. Once you find someone you want to chat with, try one of our icebreakers, write a message*or even send a gift*! We are one of the best dating apps for meeting someone searching for love online. No more senseless swipes: download Zoosk and get ready, because meeting someone is just a click away. -- It works! In 2019 more than 56,000 singles found love thanks to Zoosk** -- All basic members can: - See members’ pictures - Send Winks and Hearts - See Carousel to discover new people Ready to move on to the serious stuff? Maximize your chances to have fun and meet people with more exclusive features* like: - Unlock Carousel matches - Boost your profile - Send gifts - Get Delivery Confirmation on messages When you are a Zoosk subscriber* you can also: - Chat with your connections - Unlock and connect with people who've viewed you - Say yes to and start chatting with your SmartPicks™ WHY PEOPLE LOVE ZOOSK ‘’ The dating service has made it really easy to start a profile, meet other users, and cast a wide net for potential matches.’’ - Mashable ‘’ Launched in 2007, Zoosk has become the toast of the online dating world’’ - AskMen Want to make your own opinion? Download the Zoosk dating app now and enjoy chatting with exciting people. Fun or connection, love is here! -------------------------------------------------------------------------------------------------- *ADDITIONAL COSTS AND AUTO RENEW: - All subscriptions and upgrades like coins (including subscription upgrades and upgrades without a subscription) automatically renew at the end of the term for the same duration and you will be charged again for the same amount (plus any applicable taxes) unless you cancel by turning off auto-renewal at least 24 hours before the end of their term. - Turn off the auto-renewal through your account settings. Once you turn off auto-renewal, your subscription and/or upgrades will expire at the end of their term. To learn more, see Terms of Use Agreement at http://www.zoosk.com/tos and our FAQs at http://zoosk.com/help. Also, read our Privacy Policy at www.zoosk.com/privacy and online dating safety guide at https://www.zoosk.com/safety. Prices are in U.S. dollars, exclude any applicable sales tax, may vary in countries other than the U.S., and are subject to change without notice. **: 56,019 users in U.S.A said in their subscription termination process they found love on Zoosk platform. -------------------------------------------------------------------------------------------------- Follow us for dating and relationship tips: > Facebook: https://www.facebook.com/Zoosk/ > Instagram: https://www.instagram.com/zoosk/ > Date Mix: https://www.zoosk.com/date-mix/ With 40 million members, we are one of the most trusted and best international dating apps. Whether you’re a lesbian, gay, or straight single, download Zoosk now and get ready to meet people! 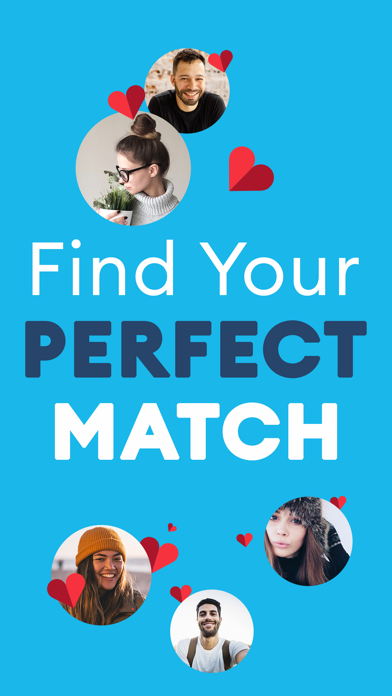 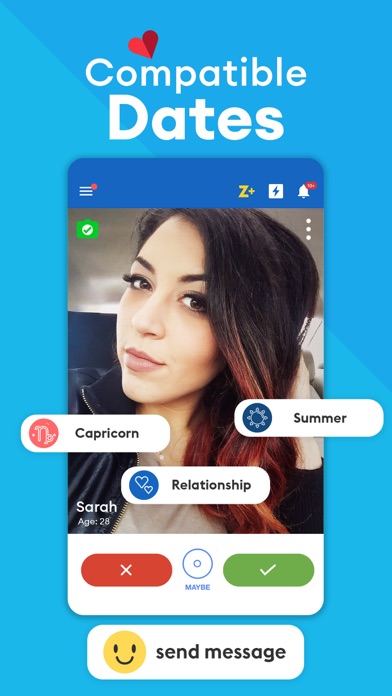 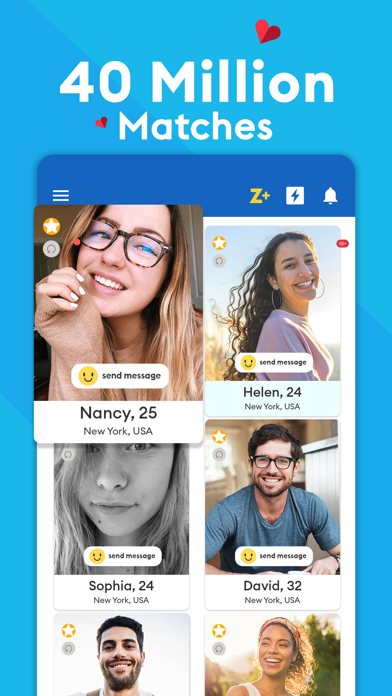 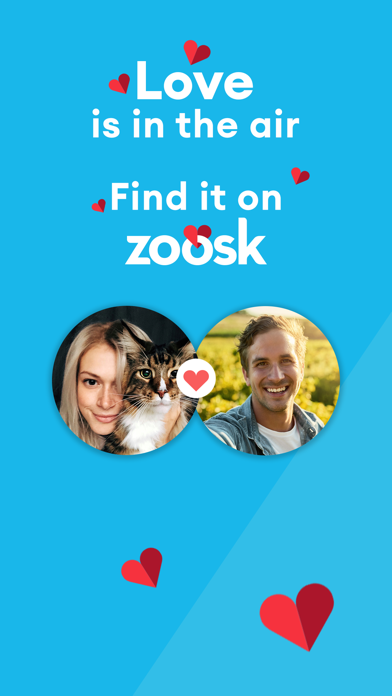 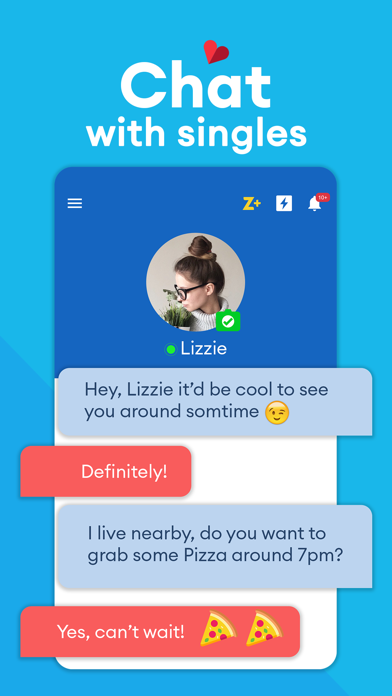 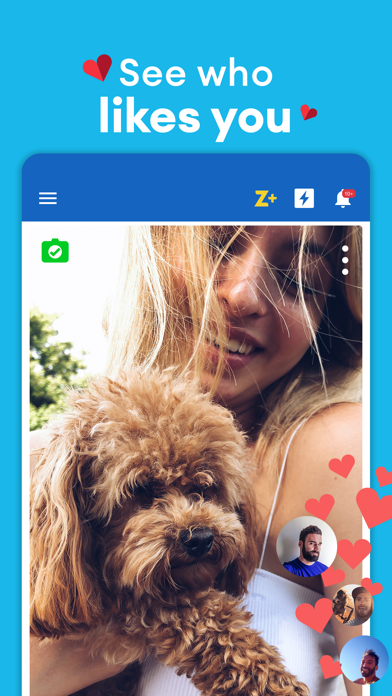 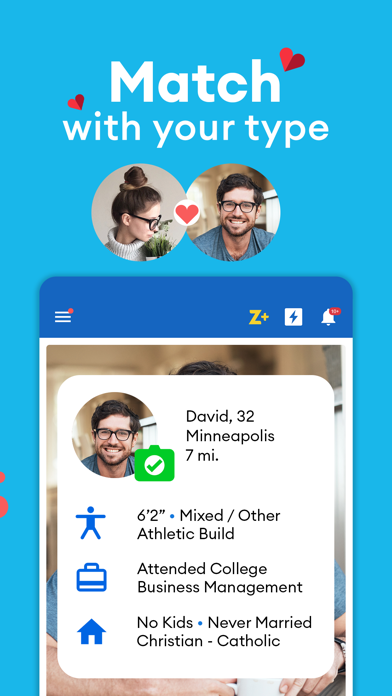 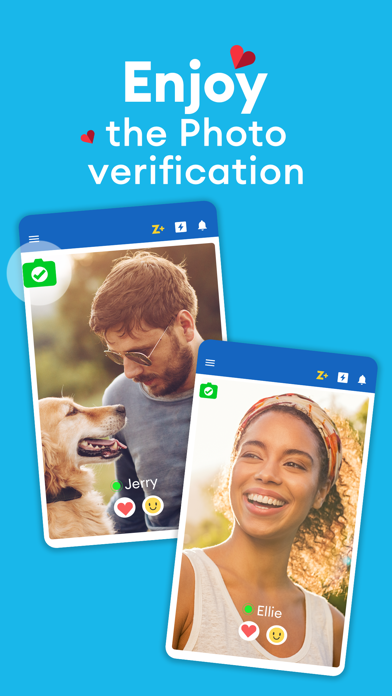